London, what a city! The extensive history and rich, diverse culture of London make it a truly extraordinary town. I could spend a lifetime exploring London, and still not see everything the city has to offer. Below are just a few of the highlights from my recent trip to London Town.

The Tower of London 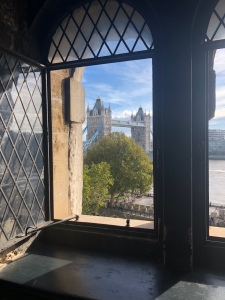 The Tower of London is an absolute must-see landmark in London. The history here is so rich and deeply interesting, I recommend taking a guided tour with a real Yeoman Warder. Early in its history, the Tower of London was a royal palace. It has also served as an armory, prison, menagerie, home of the royal mint, and home of the Crown Jewels.

I find the brutal history of the Tower of London, as it was used as a prison, to be the most fascinating. It is here where Anne Boleyn was beheaded for treason against King Henry VIII in 1536. It is rumored that her ghost still haunts the chapel in the tower, where she is buried. There are also exhibits that show the types of weapons and torture devices used at the Tower of London throughout history.

After exploring the very interesting Tower of London, take a stroll across the Tower Bridge and find The Vault, a restaurant hidden just below the bridge. It’s a cute space with a great view of the Thames River. I highly recommend the fish and chips, which were excellent. When in London, do as the Londoners do, right?

Burlock is a rum bar in the heart of downtown London. From the hummingbird wallpaper, to the tropical foliage and candle-lit conversation pits, I love everything about this bar. Be sure to pop in for a handcrafted cocktail the next time you are in London Town. You won’t regret it!

A short ride through the English countryside will take you to Bath, a beautiful town where Jane Austen once lived. All of the buildings here are built with honey-colored bath stones, giving a sense of uniformity and historic charm. The town boasts beautiful Georgian architecture, and is famous for its ancient Roman Baths, which are built around natural hot springs. The Romans dedicated these baths to the Goddess Minerva. However, the Romans were not the first to discover these enchanting hot springs. 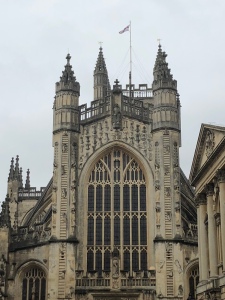 Legend has it that a 9th century Celtic prince, named Bladud, contracted leprosy and was sent away to be a pig farmer in the area now known as Bath. Soon, his pigs became infected with leprosy, until one day when Bladud noticed that the pig’s leprosy was cured after they bathed in the hot springs. Bladud, believing the hot springs to be magical, also bathed in the water, curing his own leprosy. He then returned to court and became king. It wasn’t until 60-70 AD that the Romans constructed bathing complexes around these hot springs. After the Romans were run out of England, the baths were buried. Later, Queen Anne had them restored, because she thought the magic of the hot springs may be able to cure her gout.

PS Tattershall Castle is located on the Thames River with spectacular views of the London Eye. Reminiscent of Coney Island, this carnival-themed boat bar is a perfect spot to stop and admire scenic London.

Another must-take day trip out of London is to Stonehenge. The mysterious rock formation is world-famous, and has been deemed a world heritage site. Not much is known about Stonehenge, but what is known is that it is around 5000 years old, and the stones align perfectly with the movement of the sun. It dates back to the Neolithic period, when people were mostly nomadic, adding even more mystery to the permanent structure. Stonehenge took roughly 1000 years to complete, and its shape was changed once, from a horseshoe shape, to the 2 concentric circles that remain today. Two types of stone are used in Stonehenge, sarsens stones (sandstone) and bluestones. The bluestones are considered to have magical healing powers. The stones came from an area about 30 km north of Stonehenge, but with each stone weighing somewhere around 25 tons, it’s not clear how the stones were moved. It is believed they were moved using boats and timber rollers, but no one knows for sure.

Even more interesting are the theories as to the purpose of Stonehenge. One theory suggests it was used as a temple. There are over 300 burial mounds around the land here, which could also indicate it may have been a burial ground. Many of the bodies that have been discovered here have obvious injuries to them, which has led to a theory that Stonehenge was a place of healing, where the sick and crippled would make pilgrimage to restore health. Farming and harvests would have been of the upmost importance during that time, so many theorize that it is a solar calendar used to guide farmers about the seasons. Yet another interesting theory includes alien involvement. Whatever theory you believe, one thing is for sure: The land at Stonehenge is sacred.

I came to Drake and Morgan for brunch on a Saturday, and it did not disappoint. The food is great, and the ambiance is even better. With a hummingbird theme, and gorgeous geometric tile, this restaurant was made for me. I recommend the eggs Benedict and a hummingbird cocktail! 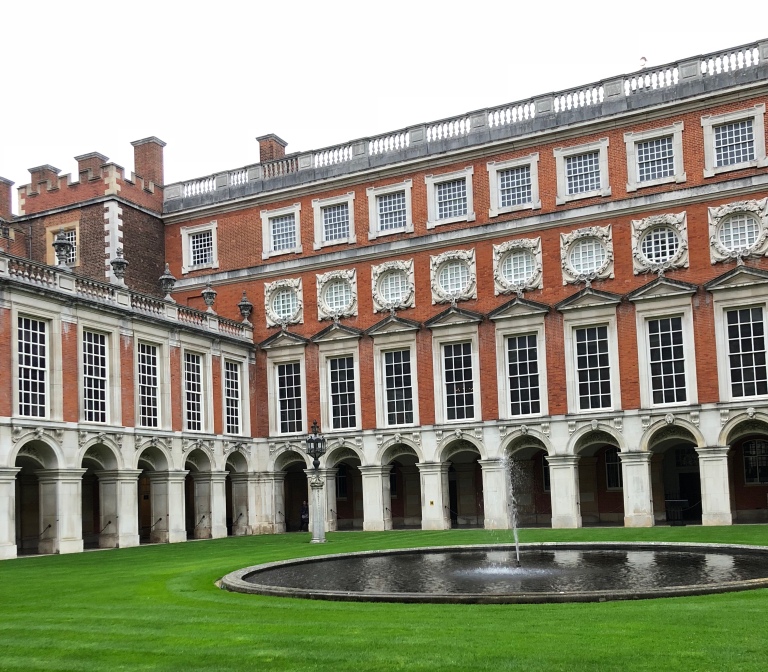 Hampton Court Palace was originally built as a country home for the advisor to King Henry VIII. However, when his advisor was unable to convince The Pope to annul his marriage to Catherine of Aragon, King Henry VIII stripped him of all titles and took the Palace to be his own. The palace is now set up to be toured by the public. It is a window into the extravagant lives led by royals throughout England’s history. The gardens are styled like those of the 17th century at the palace, and are absolutely breath-taking. Hampton Court Palace is also home to the largest grape vine in the world, which was planted in 1769. It still produces a harvest of sweet dessert grapes each year.

Being raised on The Beatles, and being in London, it is only natural that I made pilgrimage to Beatles Mecca: Abbey Road. The iconic crosswalk can be found in the suburbs just north of downtown London. The area is lovely for a walk, with sprawling English ivy encasing beautiful brick homes. And for any Beatles fan, the Abbey Road crosswalk is a must-see in London.

From Beatlemania to deep history and heritage, London has something for everyone. There is so much to see and do here, it deserves at least one trip in your lifetime. I can’t wait to go back and see what else London has in store for me.